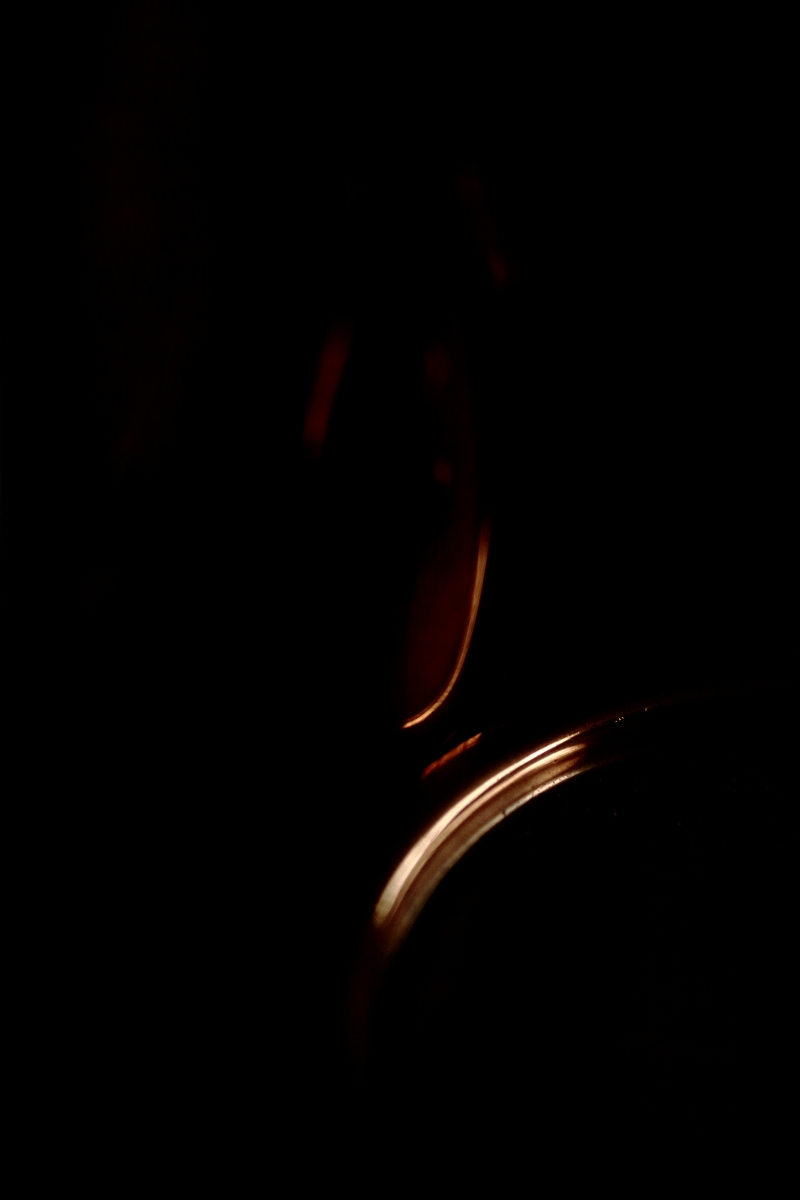 I have, beside my fire at home, two copper ornaments; one is an artillary shell from the second world war. The other is a 19th-century cooking pot.

I treasure them because I love the appearance of copper. As a metal, copper is resilient; but it also ages well, as we can see from our many monuments and domed roofs. In its compounds it also gives us intense and vivid artist’s colours.

But my objects are symbiotic; for reasons best known to politicians, young people are often sent to war. Beyond any initial bravado, war is terrifying, traumatic and tedious. I think we might expect that any young people involved would spend much time longing for home, in particular for meals cooked lovingly by someone loved.

So my pair of objects are linked.

I love photographing them together. They interact visually in a way that I find intriguing and satisfying.

My images of them are as abstracted as I can make them while retaining the truth of origin. I do this to create a sense of mystery. I want my viewers to be thinking while they look. What are these two objects? What is their significance? Do their ‘conversations’ have any meaning?

Unconsciously, I have made my images highly fragmented. Is this a metaphor for the fragmented nature of the human race?